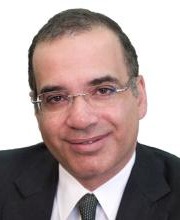 The role of Jurisprudence of the European Court
contact@sofferavocats.com
Home Page

Ron Soffer founded Soffer Avocats in 1994. Mr. Soffer has acquired substantial experience in litigating cases before the lower courts and court of appeal in Paris and throughout the territory of France. He is also known for his management and coordination of complex multi-jurisdictional litigation in civil and commercial cases in France and abroad. Mr. Soffer presented cases to the French Competition Authority which led to significant decisions in antitrust jurisprudence. Over the years, he has managed litigation before courts in Germany, Greece, Switzerland, Luxembourg, the Netherlands, Liechtenstein, Hungary and Morocco. He has also coordinated litigation for European clients in different States of the United States. He is well versed in the rules of U.S. discovery and other procedural aspects of U.S. litigation, especially its impact on Europeans and European entities. Ron Soffer has also argued cases before courts in New York (including the United States Court of Appeals for the Second Circuit). Mr. Soffer presented cases to the European Court of Human Rights. He has also appeared in ICC (International Chamber of Commerce) arbitration.

Using his extensive litigation experience, Mr. Soffer has also advised clients in criminal and antitrust investigations, as well as in negotiating and drafting complex commercial transactions.

Mr. Soffer is also versed in public international law and has worked on dozens of cases presented to the Israeli Supreme Court on issues of laws of war.

Mr. Soffer has also lectured several times before Israeli judges on comparative procedure and is a member of the scientific committee of the criminal law institute of the Paris Bar. He gave a course on the European Court of Human Rights at the Hebrew University of Jerusalem School of Law.

Mr. Soffer is on the List of Counsel authorised to act before the International Criminal Court.