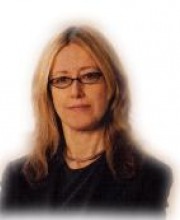 An internationally recognized authority on international law, international human rights, transitional justice, and comparative constitutional law, Ruti Teitel is the Ernst C. Stiefel Professor of Comparative Law at New York Law School. She is a Visiting Fellow at the London School of Economics and Affiliated Visiting Professor at Hebrew University of Jerusalem.

Her path-breaking book, Transitional Justice (Oxford University Press, 2000), examines the 20th century transitions to democracy in many countries. Born in Argentina, Professor Teitel’s interest in the topic grew out of the dilemmas confronting that society in the transition out of junta rule. Her book explores the recurring question of how new regimes should respond to past repression, contending that the law can play a profound role in periods of radical change in advancing a new sense of legitimacy.  In 2012, she published Humanity’s Law (OUP, 2012) setting out a paradigm shift in international affairs. Her latest book is Globalizing Transitional Justice (OUP 2014) which explores the last decade in the evolution of the field.

Her extensive body of scholarly writing on comparative law, human rights, and constitutionalism is published in many law reviews, including “Does Humanity Law Require (or Imply) A Progressive Theory of History? (And Other Questions for Martti Koskenniemi)” (Howse Rob co-author), “Rethinking Jus Post Bellum in an Age of Global Transitional Justice:  Engaging with Michael Walzer and Larry May,” “Beth Simmons’s Mobilizing for Human Rights:  A ‘Beyond Compliance’ Perspective,” (co-authored with R. Howse), “Posner’s Missing Concept of Law," (coauthored with R. Howse), "Beyond Compliance: Rethinking Why International Law Really Matters," (coauthored with R. Howse), “The Law and Politics of Contemporary Transitional Justice” and “Humanity’s Law: Rule of Law for the New Global Politics,” both in the Cornell International Law Journal, as well as “Comparative Constitutionalism in a Global Age” in the Harvard Law Review. She has contributed dozens of book chapters to published volumes relating to law and politics, including “Transitional Justice and the Transformation of Constitutionalism,” in the Comparative Constitutional Law Handbook (ed. Rosalind Dixon and Tom Ginsburg, Edward Elgar 2011 ); “Global Justice, Poverty and the International Economic Order,” in The Philosophy of International Law (Samantha Besson and John Tasioulas, eds., Oxford University Press 2010) (coauthored with Rob Howse) ; “The Transitional Apology” in Taking Wrongs Seriously: Apologies and Reconciliation (Stanford University Press, 2006), “Transitional Rule of Law” in Rethinking the Rule of Law After Communism (CEU Press, 2005), “Empire’s Law: Foreign Relations by Presidential Fiat,” in Sept. 11 In History: A Watershed Moment? (Duke University Press, 2003), and “Transitional Justice as Liberal Narrative” in Transnational Legal Processes: Globalisation and Power Disparities (Butterworths 2002). She also writes on human rights issues for a broader audience, having published in The New York Times, Legal Affairs, Findlaw.com and Project Syndicate. She serves on the Board of Editors of Oxford’s International Journal of Transitional Justice, of the Journal, Humanity as well the Editorial Advisory Board of the Interdisciplinary Journal of Human Rights Law.

She is founding co-chair of the American Society of International Law's Interest Group on Transitional Justice and Rule of Law, a life member of the Council on Foreign Relations, and a member of the ILA International Human Rights Law Committee.  Prof. Teitel is also on the Board of the London Review of International Law.  Last year, she was a Straus Fellow-in-Residence at New York University Law School’s Straus Institute for the Advanced Study of Law and Justice (2012-2013).